A Nation Against Nature

Teddy Cruz  is a professor of Public Culture and Urbanism in the Department of Visual Arts at the University of California, San Diego. He has conducted extensive urban research of the Tijuana/San Diego border, advancing border neighborhoods as sites of cultural production from which to rethink urban policy, affordable housing, and public space.

Fonna Forman is a professor of Political Theory and Founding Director of the Center on Global Justice at the University of California, San Diego. A theorist of ethics and public culture, her work focuses on human rights at the urban scale, climate justice in cities, border ethics, and equitable urbanization in the global south.

A report from San Diego – Tijuana

From its foundation, our research-based architecture practice has forwarded the Tijuana-San Diego border region as a global laboratory for engaging the central challenges of urbanization today: deepening social and economic inequality, dramatic migratory shifts, urban informality, climate change, the thickening of border walls and the decline of public thinking.

The current global climate of protectionism and border-hysteria that has reconfigured continents into walled geographies of closure, resonates powerfully for us here, transforming our local border conditions into a global hot-spot.  Last year, for example, San Diego became a testing-ground for Trump’s $4 million border-wall prototypes. Eight vertical monstrosities hovered ominously for months over the informal communities on the Tijuana side before they were disassembled. They were an overt slap on the face of our neighbour, and exemplified an architecture of violence and division, a protagonistic icon of exclusion, fear and border-building everywhere. 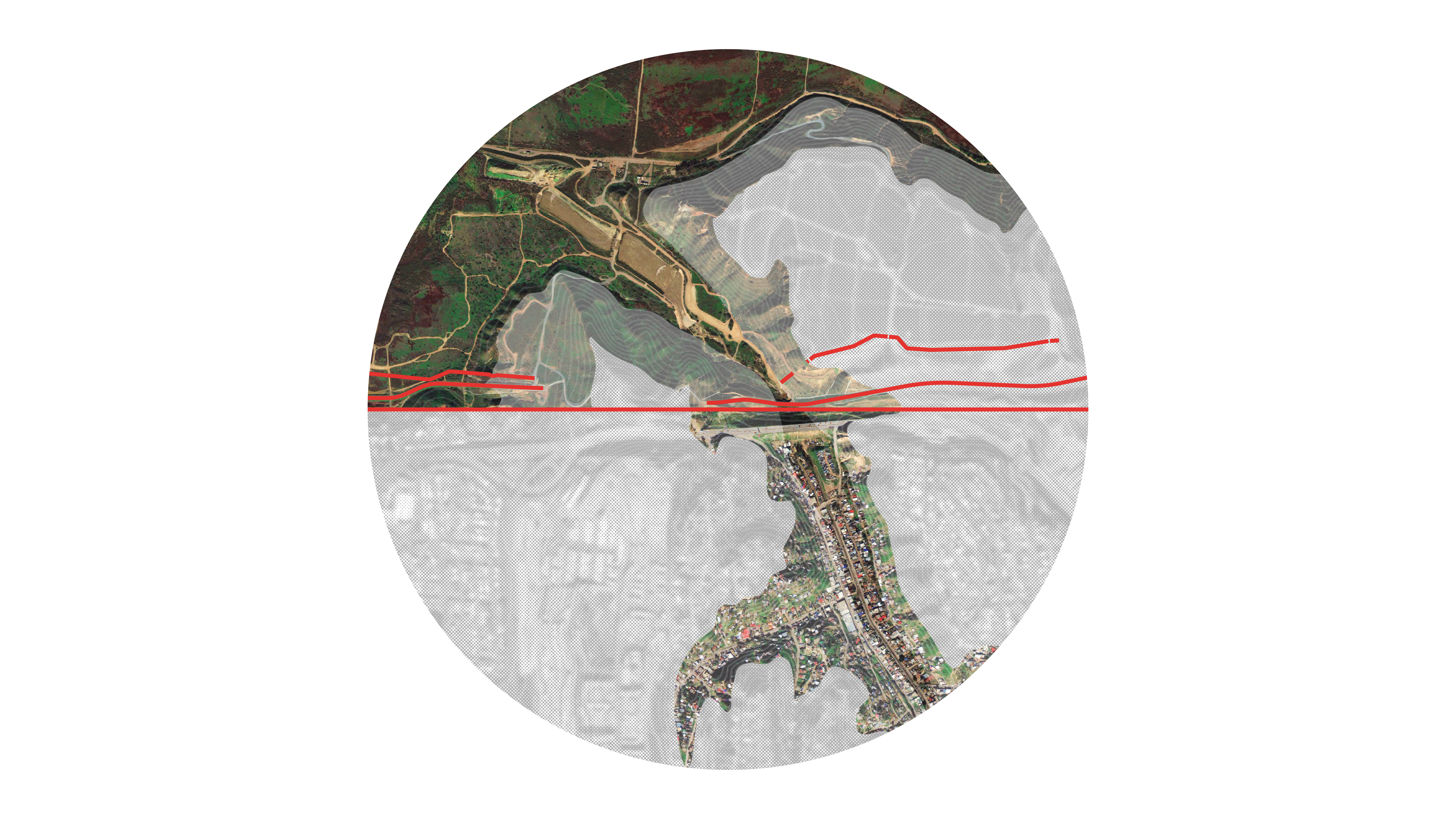 This is nothing new. The incremental hardening of division and surveillance has long been part of everyday life for border communities in our region: A chain-link fence in the seventies, a steel wall constructed with temporary landing mats discarded by the US military after Operation Desert Storm in Iraq in the nineties, and a see-through concrete pylon wall in the early 2000’s, crowned by electrified coils and panoptic night-vision cameras.  But the specter of Trump’s new 30-foot high continental wall has re-ignited worries about the delicate cross-border ecosystems it will violate, compromising the health of human communities on both sides of the border and their shared environmental assets.

Only the most myopic of politics can conclude that building a wall across the continent will solve ‘our’ problems, ignoring the damage this political artifact will continue to exert on the cross-border bio-region.  But this wall has collateral damage too rarely considered: As the United States builds its new wall against the ‘other,’ it also violates its own natural resources, as well as Mexico’s. While the wall has been sold to the American public as an object of security, Trump’s borderwall is an artifact of environmental, social and economic insecurity. This was demonstrated in the lawsuit brought by Arizona-based Center of Biological Diversity against the Trump administration for ignoring the environmental impact of the new border wall.

One example is the current condition of the Tijuana River watershed system, a bi-national environmental asset (25% of it is in the US, 75% in Mexico) truncated by the border wall.  Here a new set of walls have wreaked havoc at the precise moment where the hydrological cone of this watershed drains into the Pacific Ocean. Before culminating in the ocean, water moves through Mexican canyons, tributaries and informal settlements, and crashes against the wall, where it seeps precariously into the U.S, infiltrating an environmentally protected Estuary in San Diego, a zone that is now heavily layered with militarization. 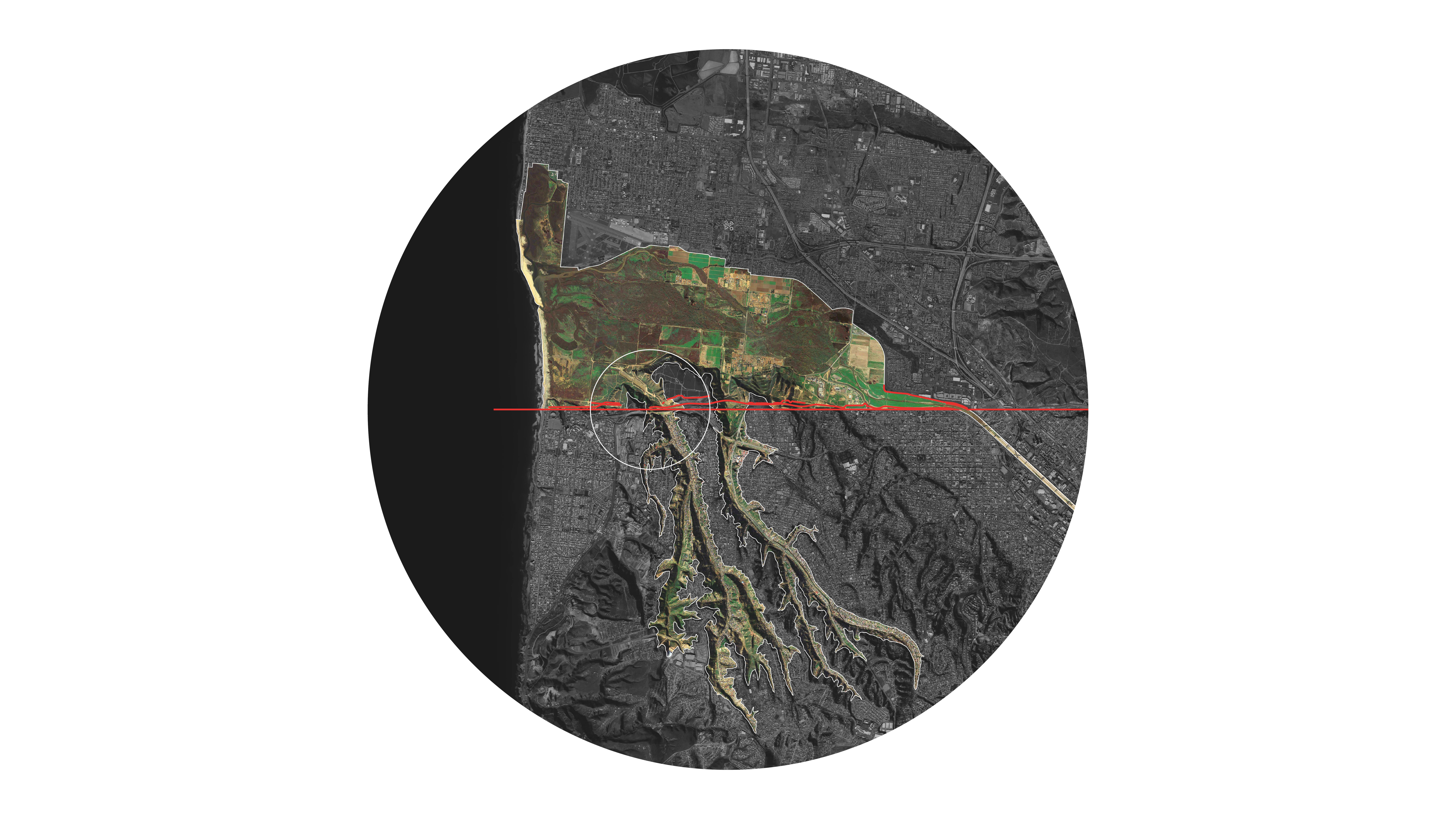 Here we witness the collision between: 1.) the Laureles Canyon, an informal settlement of 85,000 people in Tijuana, and the site of arrival of thousands of Central American Refugees in recent months; 2.) the Estuary in San Diego, a delicate bi-national environmental asset; and 3.) Trump’s new multi-layered border walls, equipped with robust surveillance infrastructure. The collision between natural and jurisdictional systems, and between ecological and political priorities is profound. This is where most of our cross-border research is sited: a juncture where geo-political borders, global environmental crisis and human displacement is localized, and physicalized.

Rapid construction of these new borderwalls, and the addition of new dirt and concrete dams with small drains beneath, has accelerated northbound waste-water flows from the informal canyon settlements, which sit at a higher elevation, syphoning tons of trash and sediment into the Estuary with each rainy season, contaminating the “lungs” of the bio-region. These impacts have intensified in recent years because of poor water and waste management infrastructure in the Mexican settlement, and lack of collaboration between San Diego and Tijuana. 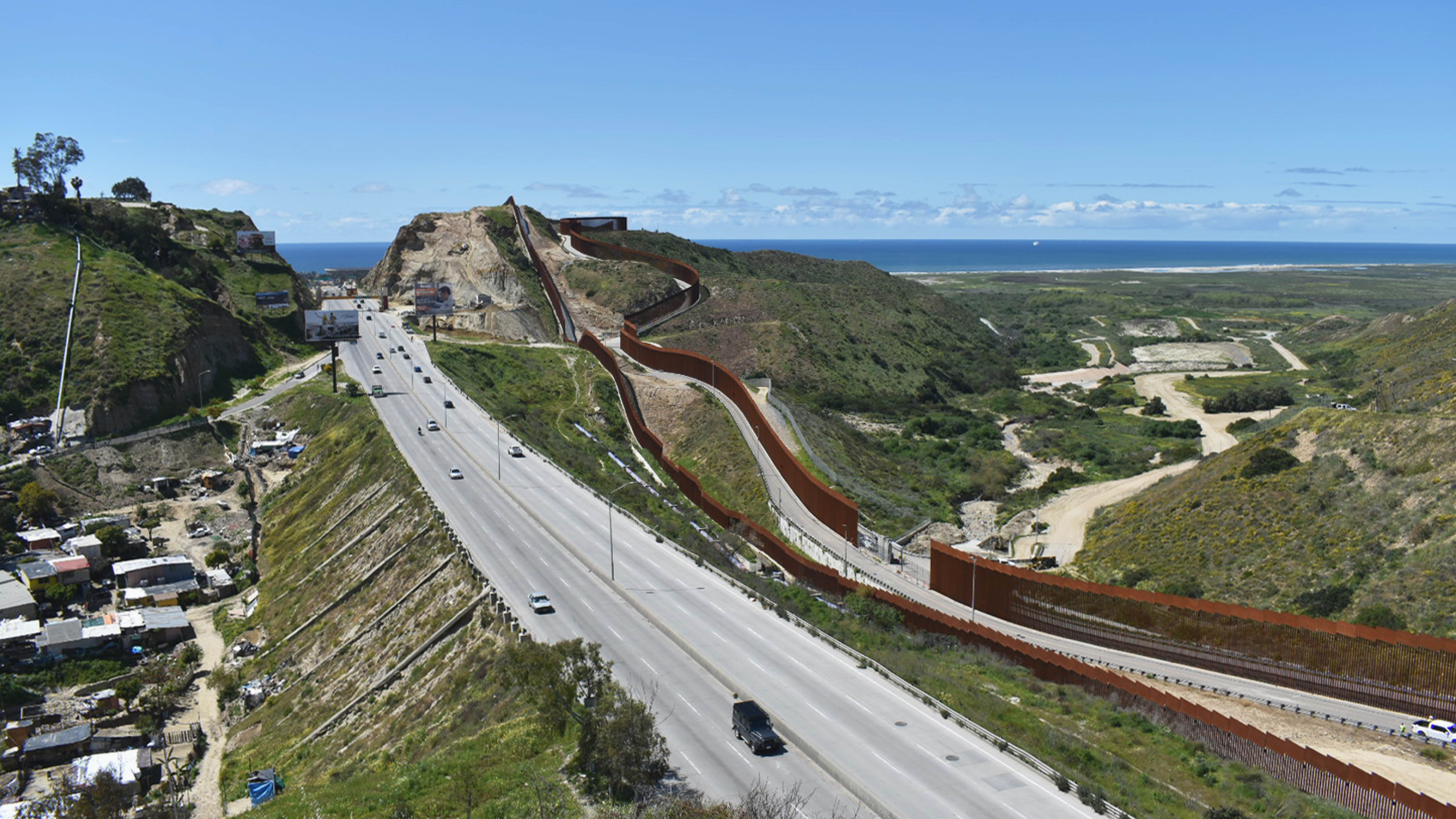 With our local partners on both sides of the borderwall, we resist an American perception that regional pollution is Mexico’s problem: that they caused it and thus have to fix it. Instead we claim that this site of environmental insecurity is a challenge shared by Tijuana and San Diego, and must be tackled collaboratively. Much work in the next years will be dedicated to increasing awareness that this border region, like others across the world, is a laboratory for interdependence and new strategies of co-existence. Reimagining exclusionary borders through the logics of bioregional systems and social-ecologies will shape the future of this binational region and others. 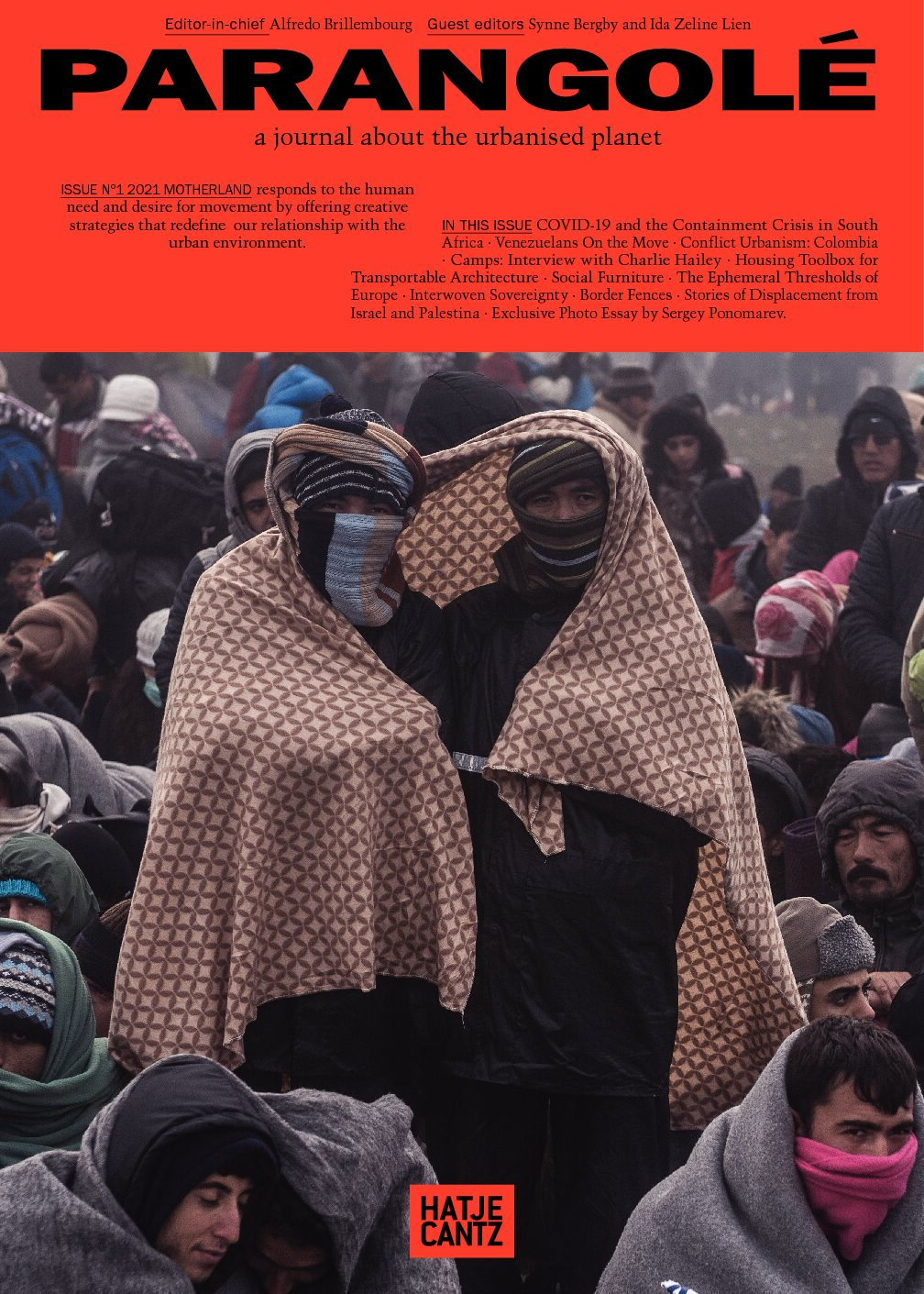 Available at Hatje Cantz after March 15

Parangolé continues thanks to the help of its readers

2021 SDG Conference Bergen:
The SDGs after the crisis